On 8 October, 2022, the reunions of the Class of 1970 and 1971 finally happened after several postponements due to COVID. There were about 15 of us in attendance and there was much chatter and laughter as we recalled our school years and caught up on what we’d been doing since leaving. Some of those in attendance had met up in 2004 at the Centenary of the College. Several people had expressed interest in attending from my year (Class of 1970), however, due to unforeseen circumstances, missed out
on the event. 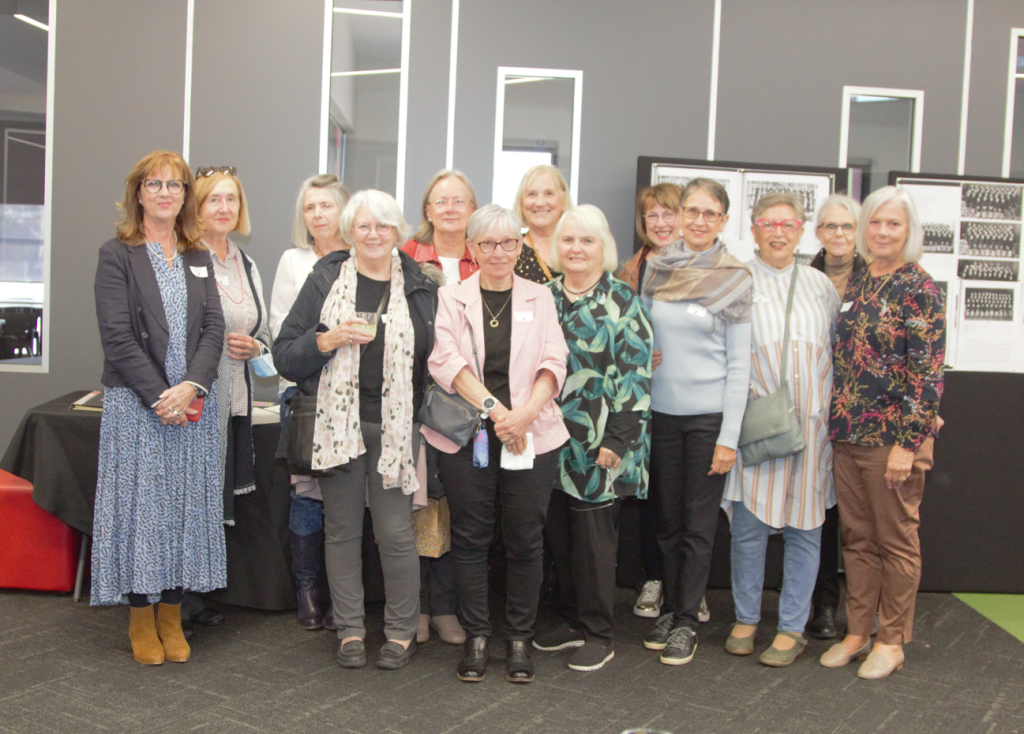 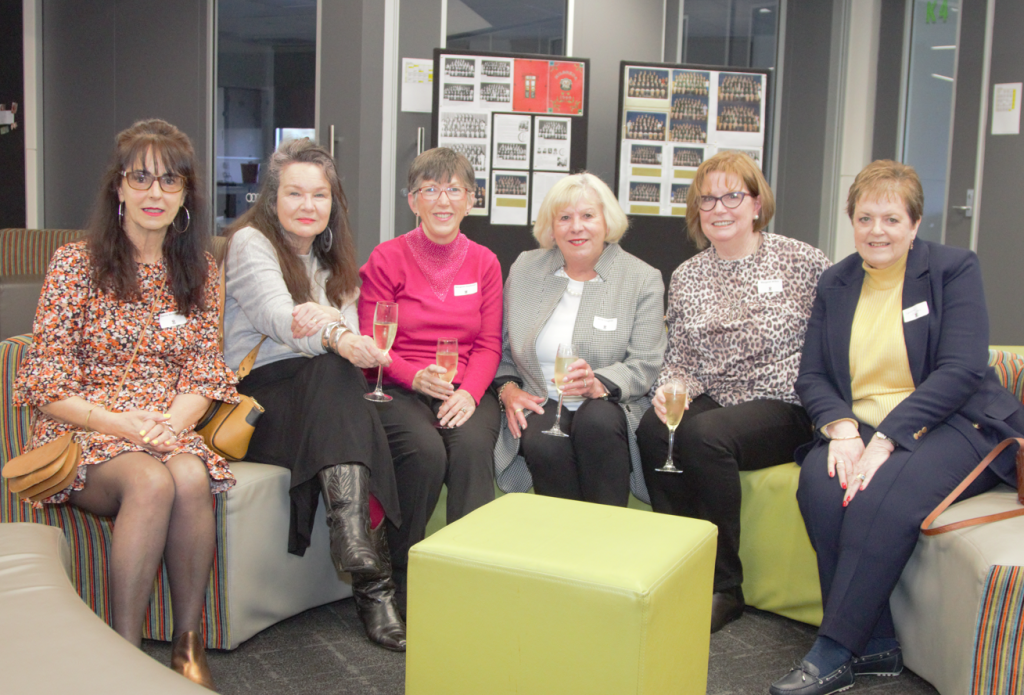 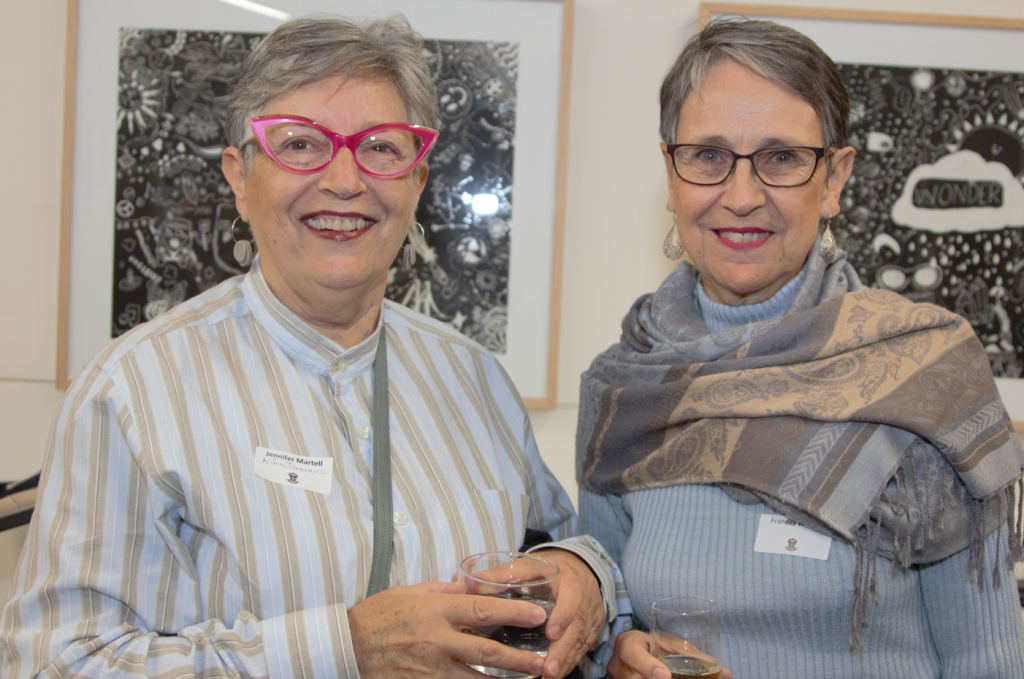 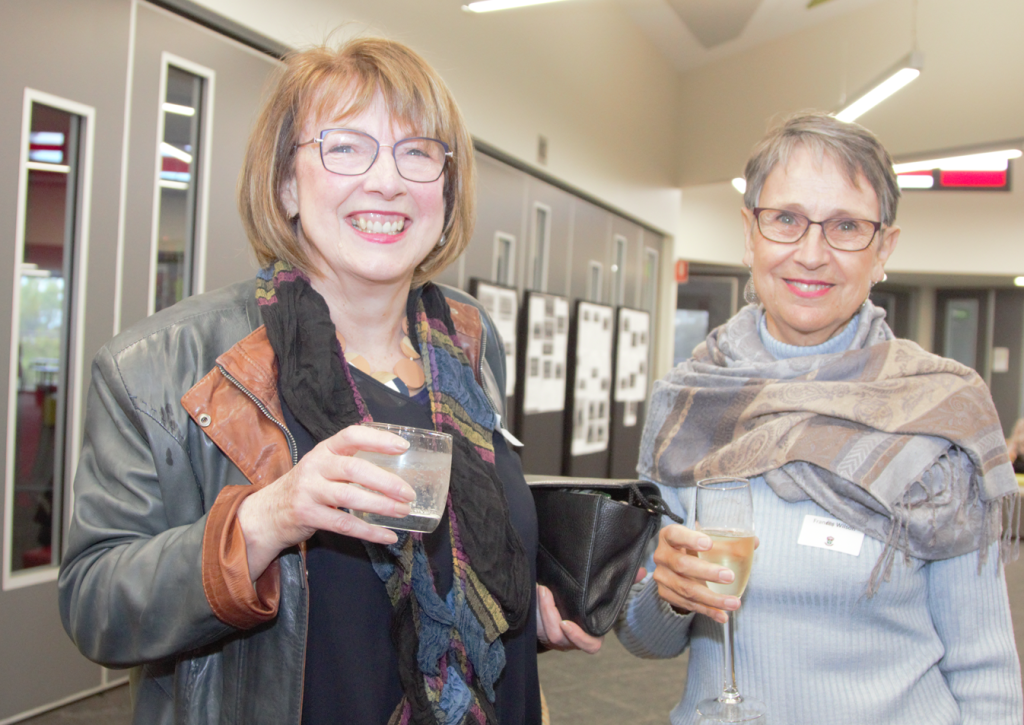 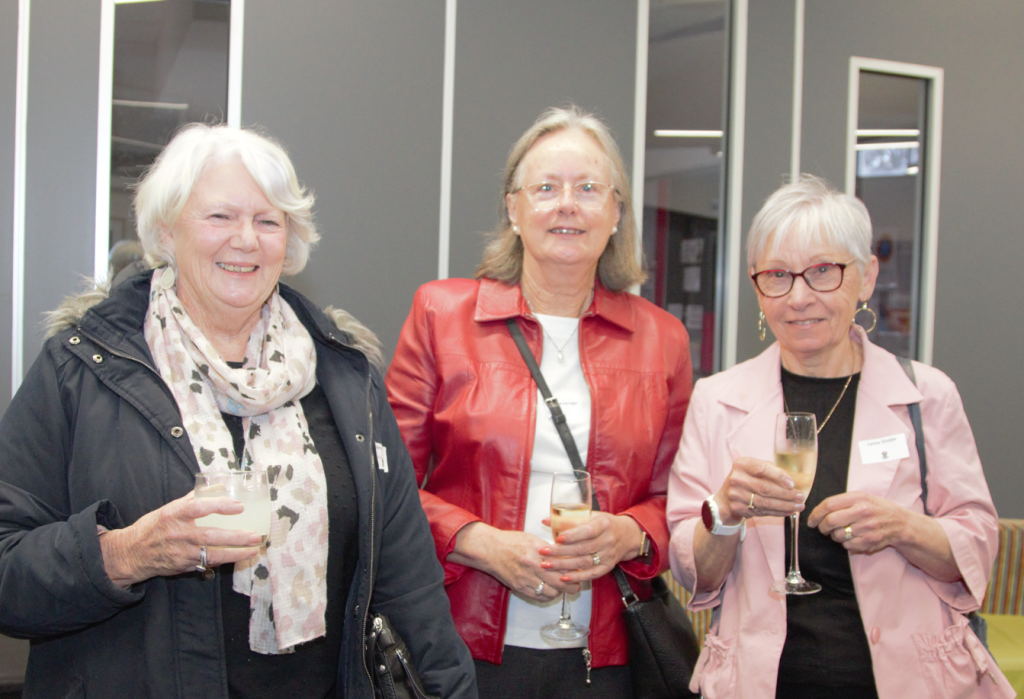 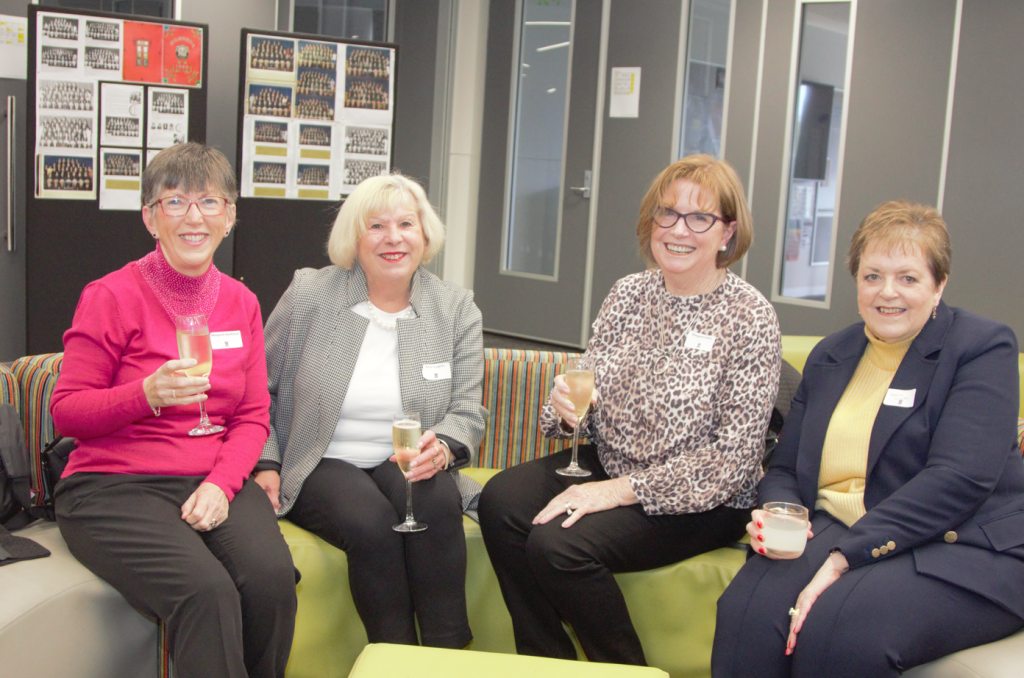 We were particularly disappointed that Anne Vallence (née Coppinger) could not attend after all her hard work in coordinating the 1970 reunion. Others like Fran Hartz (née Kenny) and Peta Tomlinson (née Weiss) were enjoying holidays in New Zealand and the Whitsundays respectively.

It was so interesting to have a brief tour of the College and we were delighted to recognise parts that had not changed. Largely though and not surprising, it is now a very different school. There is a library! It was through the Library’s windows that we spied an old friend in the school grounds, the Peppercorn Tree.

It is still there, albeit minus some branches. We were grateful to Denise Leonard and others on the Past Pupils’ Network Committee for their organisation and hospitality, for the photos and our bottle green tunic, blazer and hats that were on display. It was a wonderful opportunity to visit our school over 50 years since we were all students there. We had a really enjoyable afternoon catching up with classmates and recalling some good memories.